“Throughout the construction process the GrasSports team were incredibly supportive, accommodating, and attentive to the needs of our school and broader community. The engagement with our School Council and Leadership team was exemplary and throughout the entirety of the build, every aspect was communicated in a professional and timely manner”. – James Whitla (Principal) 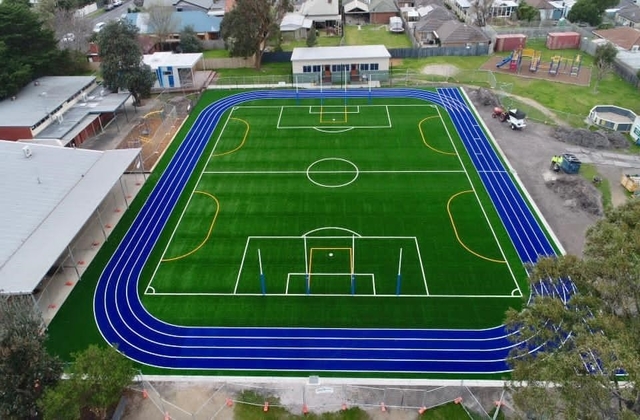 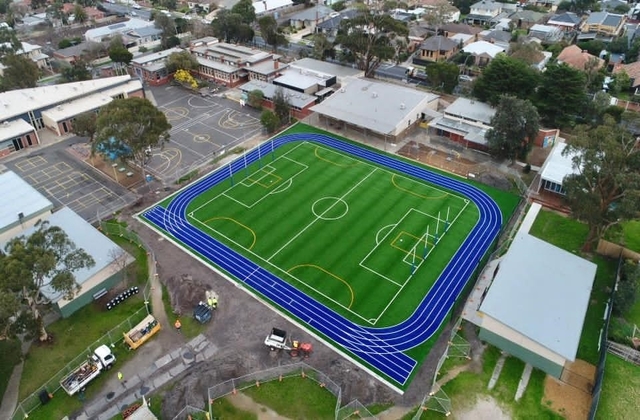 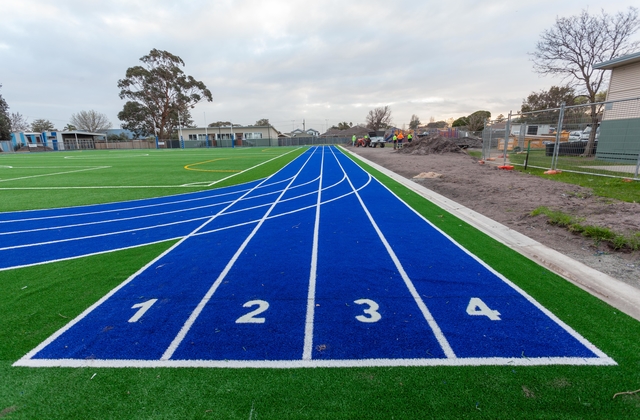 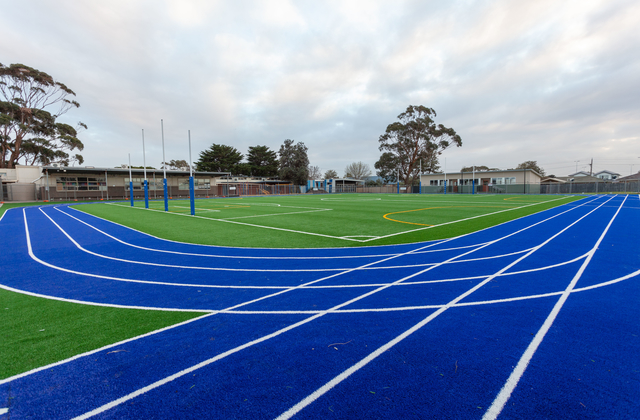 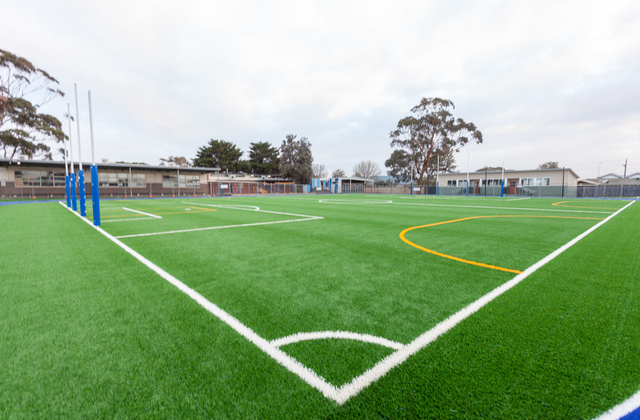 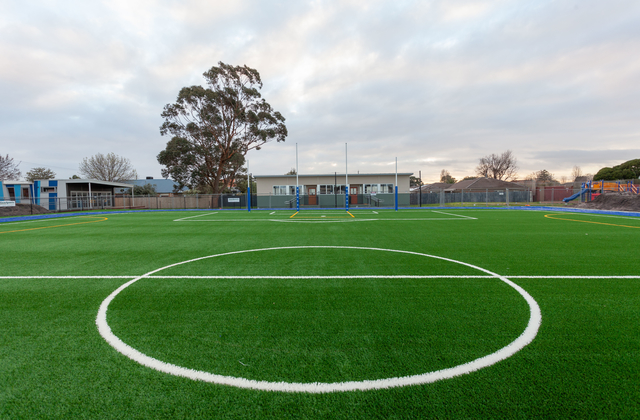 Edithvale Primary Schools existing natural turf oval was an un-even mud pit in the winter and cracked and dry during the summer. Ash Whitfield our Victorian Sales Manager worked closely with Edithvale’s building and grounds committee after being awarded the tender, assisting with the design and to ensure the correct surfacing system was selected.

The project consisted of a full design of the oval including an engineered crushed rock pavement as per the provided geotechnical report and site-specific drainage which also included fixing the existing drainage issues on the adjacent sport courts. Landscaping works included rebuilding the retaining walls with the addition of capping seating next to the playground for easy viewing of the sports field.

The project included our FIFA approved synthetic surface (Liga Turf) for the infield and the Supergrasse Court Turf for the running track and surrounds, a very popular surfacing system amongst the education sector.

The finishing touches include AFL/soccer accessories with protective padding including school logos and a ball stopper net to prevent balls hitting the adjacent portable classrooms. Over 500 Edithvale Primary School students now use the facility daily, as well as those attending school holiday programs.

There is also a possibility hiring the facility to community groups after school hours, potentially generating revenue for the school.

The project was very successful and the school and local community are so impressed with the new facility.