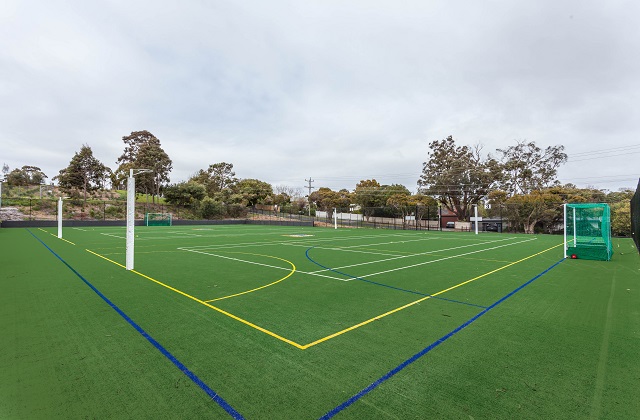 “All staff, students and the school community have warmly welcomed the facility… It is such an impressive sight for anyone approaching the school. (Grassports) were innovative to ensure the best outcome would be delivered for the benefit of the students.” 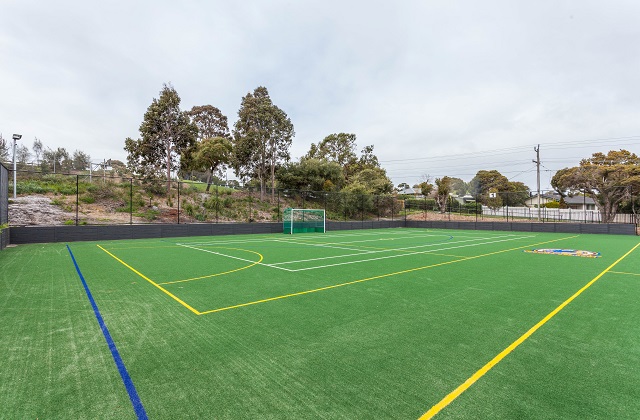 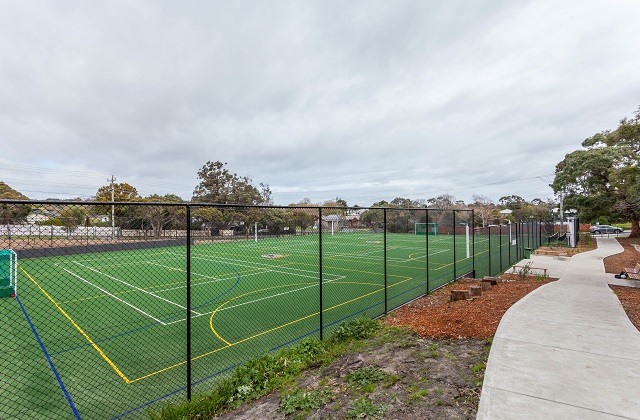 Grassports Australia’s proven experience lead the way for this new customer as a 2500m2 underutilised space to was redesigned into a three court multisport complex.

Working with the school to create a customised design that better utilised the existing space, we added retaining walls and transformed the area into a brand new sporting precinct.

Comprising three netball courts, three tennis courts (including portable nets with storage area built to the side of the facility), a modified hockey field and the inclusion of the two school logos custom made in synthetic grass, the facility is made from 2300m2 synthetic grass, 300m3 concrete and 60 tonnes of sand.

Frankston High School is one of only a few secondary schools in Victoria to be designated an Exemplary Physical and Sport Education School and play numerous sports at state championship level. Grassports Australia recommended Australian made, superior synthetic grass products for their hockey and tennis capabilities to suit the high level sporting needs of the school.

The school boasts over 1000 students and potential revenue may be earned by the school in the future when hiring out the facilities to local sporting clubs.