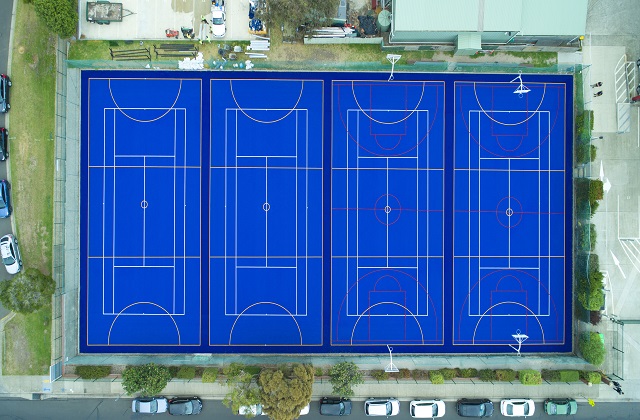 We are thrilled to report that Kilbreda College is a happy customer and pleased with the courts’ appearance and playability. We look forward to working with the school with both maintenance and resurfacing in the future. 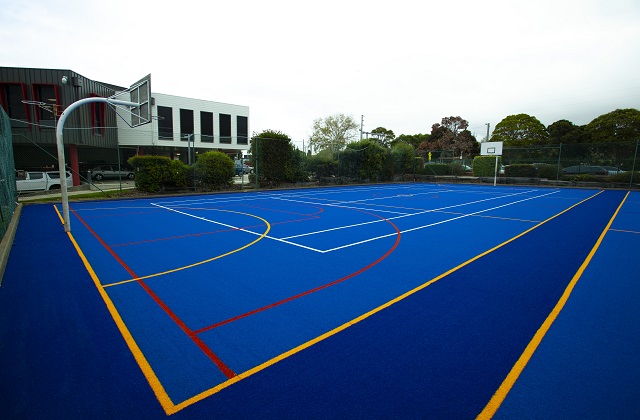 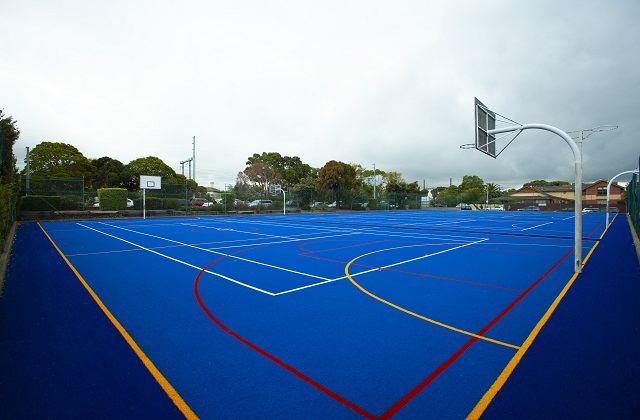 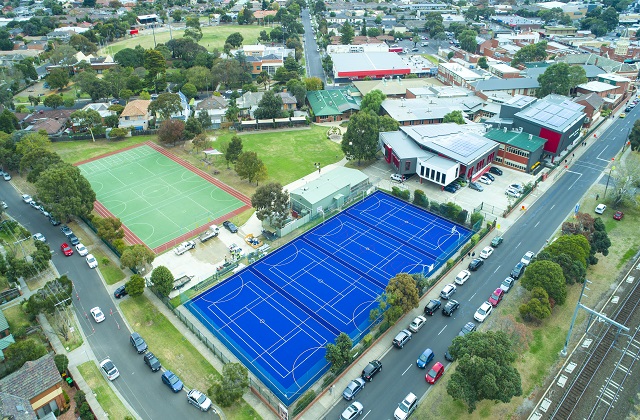 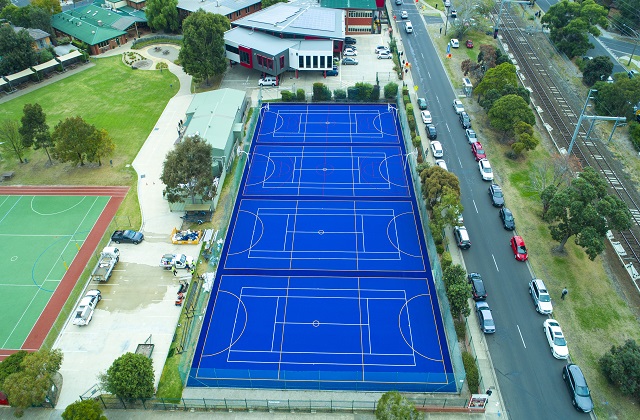 Kilbreda College had old sports courts in disrepair with worn acrylic surfacing over cracking asphalt. Grassports Australia were already servicing the maintenance of other sports courts on the campus and along with recommendations from other independent schools, Kilbreda College saw it as a logical choice to award these works to the Grassports team.

We assisted the school in choosing the product that would best suit the area they were covering. Initially their preference was to upgrade the sports courts with a similar acrylic surfacing material from the Grassports range, however geo technical investigations showed that the potential soil movement caused the previous asphalt to crack. The solution has been to lay synthetic grass suitable for the multipurpose, high-traffic area in the same attractive colour scheme to reflect the Australian Open tennis surface.

The versatile design includes roll-away tennis nets so the courts can be used for multiple sports.

Over 1000 Kilbreda College students will utilise the courts every week. Holiday program user groups and netball clubs will also make use of these newly upgraded courts.